Clothing sculpt for our Pro Player characters (heads and skin texturing were done by another artist).

Kits were textured in greyscale to allow team colours to be defined in code (see in game shots below). Secondary UVs allowed us to customise the player names and numbers.

One of several cheerleader sculpts

I used a greyscale mask so the colours for each team could be defined in code, and several UV sets which allowed us to position the team logos at various scales and positions.

Some time ago I worked on various characters which ended up in the iOS / Android games "Flick Quarterback", "Flick Field Goal" and "All-Star Quarterback". I was responsible for sculpts, low poly meshes and texturing. 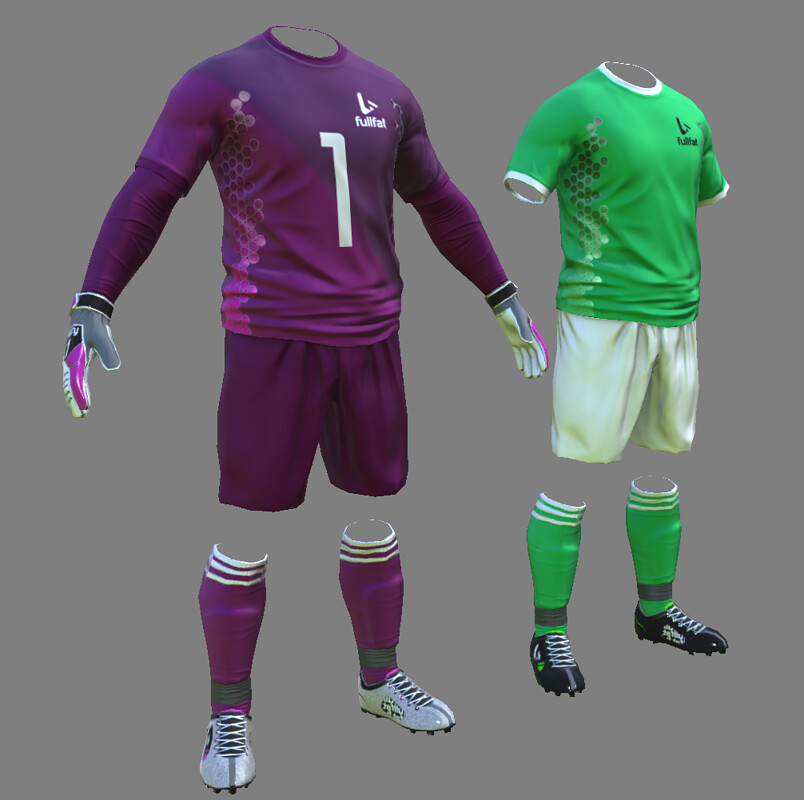